“Metal Cats” Book To Be Released In May 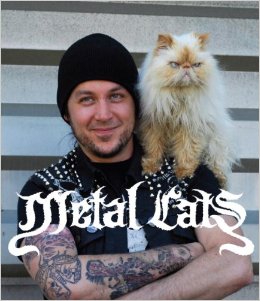 Skulls and Siamese. Corpse paint and Persians. Baphomet, pentagrams, blood, and tabbies! Metal Cats, by Alexandra Crockett, combines two amazing subjects: the extreme personalities of the hardcore metal music scene and their adorable kitties. The book will be released in May via powerHouse Books.

The book can be pre-ordered at this location.

A portion of the proceeds from this book and a series of benefit shows held along the West Coast will go towards one no-kill shelter in each of the four main cities visited.