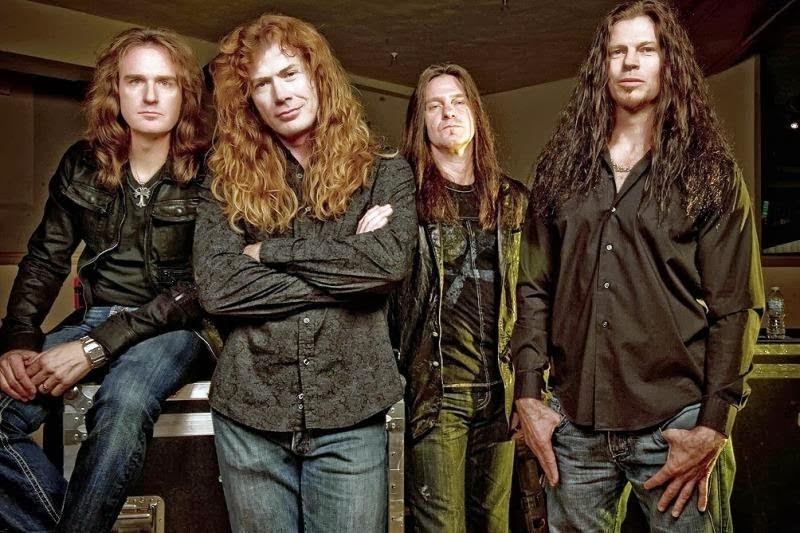 MEGADETH drummer Shawn Drover has revealed via his Facebook page that he “spent this week in the studio with [MEGADETH mainman] Dave [Mustaine] tracking demo ‘ideas’ for the [band’s next studio] next record.” He added: “[There are] some really heavy riffs going on here, and if I say it, you know it’s true.”

“For me, I’m always an advocate for the heavy stuff, so that’s usually what I present to the band — something a little more violent, a little more heavy and oftentimes fast stuff. Because that’s how I write. Of course, MEGADETH has done so many different kinds of metal over the years, but for me, I’ll always try to represent the more furious side of it, because that’s just part of who I am, it’s part of my creative DNA to try to write heavy riffs. Whether it gets accepted not, it obviously just depends on how it’s going [with the writing process for] the record. We all have so many ideas, not everything is gonna make it. Case in point, on the ‘Endgame’ record, I had a song called ‘Head Crusher’, which was a pretty fast, heavy song. It was the first single, the first video and it was nominated for a Grammy Award. So you always try, but you just never know what you’re gonna end up with. It just depends on how the recording process goes. But I’ll always have ideas to submit, certainly.”