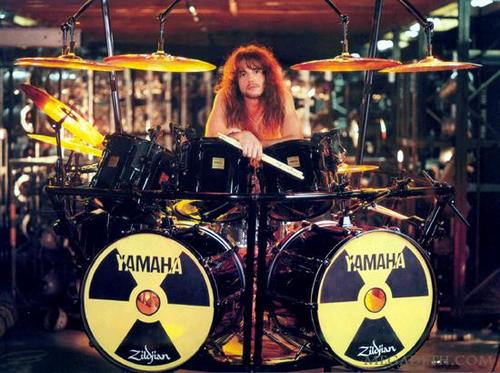 Former MEGADETH drummer Nick Menza has uploaded official drum-cam footage of the band performing their classic “In My Darkest Hour” in Ventura, CA in 1990. The footage can be viewed below.

As previously reported, Menza has been writing, recording and producing constantly but only releasing sporadic singles for years. That will all change when he opens the floodgates with the upcoming release of his memoir, “Nick Menza: Megalife”, by acclaimed writer J. Marshall Craig.