Dutch symphonic metal outfit MAYAN (who featuring EPICA guitarist/songwriter Mark Jansen alongside Jack Driessen (ex-AFTER FOREVER) and Frank Schiphorst) have revealed the cover art for their forthcoming sophomore album Antagonise. The artwork (which can be viewed below), was created by Stefan Heilemann, who previously worked on MAYAN’s debut album, Quarterpast.

Comments Jansen: “The cover is based on the lyrics for our upcoming album, Antagonise’

“Stefan doesn’t need any directions; he reads the lyrics and comes up with a phenomenal piece of art. That’s why we love working with this guy!

“When Snowden revealed the information about the mass electronic surveillance data mining program called Prism, what quite some people already thought became a proven fact. We all have been spied on for many years and all our data has been backed up and safely stored. It can be used any time it’s needed. All of this in the name of ‘war against terrorism,’ which, in fact, basically is a cover-up and a way to bring fear to people in order to get them under control. This trick has already been used many times in the past. History just keeps repeating itself.

“The media were covering the story, but politicians around the world, and in Europe in particular, didn’t know how to react and remained silent. America is an ally, and not just a little one.

“Since it became clear that the NSA (and let’s not forget about their British partners in crime of the GCHQ) have also been spying on many world leaders, things have changed. Now it’s finally all over the news!

“Is this the beginning of a turning point in history? Or will we allow a small group of elites to take all our freedom away for their own benefits?

“The constitution, the basis of our democracy, is not being respected.

“Don’t get yourself fooled, this is not in our interest.

“We are what we eat!? A bunch of chickens, imprisoned and fully under control with no freedom whatsoever. This is what we will possibly become. If we let it all just happen…

“George Orwell, eat your heart out.” 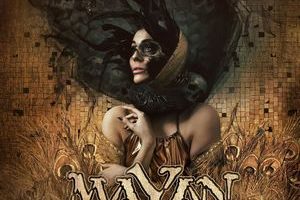