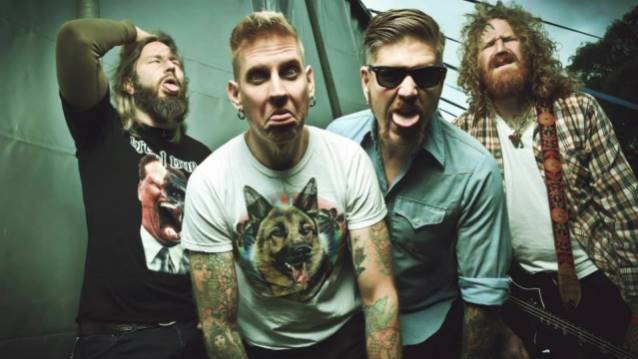 “High Road”, a brand new song from Atlanta progressive metallers MASTODON, can be streamed using the SoundCloud widget below. The track is taken from the band’s sixth album, Once More Round The Sun, which will be released later in the year. The CD was recorded at a Franklin, Tennessee studio with producer Nick Raskulinecz, who has previously worked with FOO FIGHTERS, RUSH and ALICE IN CHAINS, among others. The cover artwork is being created by Oakland-based artist Skinner, who specializes in “psychedelic nightmare paintings.” MASTODON singer and bassist Troy Sanders told Paste Magazine: “It’s going to be a work of art for sure. It’s going to be very eye-opening, very striking. It’s from another dimension, and a lot of our music is geared toward that idea — taking you to another planet on songs. It’s out there, and I think it’s incredible.”

Other songtitles set to appear on “Once More Round The Sun” include “Ember City” and “Diamonds In The Witch House”, the latter of which features yet another guest spot from longtime collaborator Scott Kelly of NEUROSIS.