Resurrected 1990s Florida-based death metallers MASSACRE are streaming their forthcoming comeback album, Back From Beyond in full via the Soundcloud widget below. The album was released on March 24 in Europe and April 1 in North America via Century Media Records.

The album was recorded and mixed by Tim Vazquez of CGM Studios in Altamonte Springs, Florida, and features original MASSACRE members Rick Rozz (guitar; ex-MANTAS/DEATH) and Terry Butler (bass; OBITUARY, ex-DEATH/SIX FEET UNDER), as well as Ed Webb (vocals; ex-DIABOLIC/EULOGY) and Mike Mazzonetto (drums; ex-PAIN PRINCIPLE). The cover artwork was created by Toshihiro Egawa (CRYPTOPSY, KRISIUN, DEVOURMENT) and can be seen below.

Back From Beyond track listing: 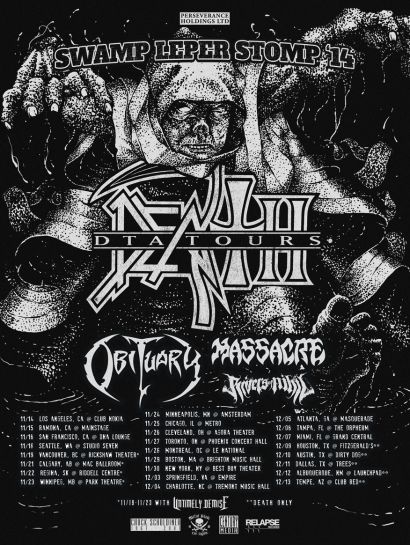