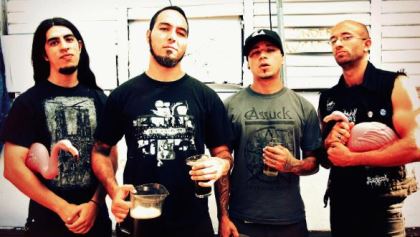 Relapse Records has announced the signing of tech savvy grind specialists MARUTA. Founded in the swamplands of South Florida in 2005 MARUTA (Mitchell Luna – vocals, Eduardo Boria – guitar, Mauro Cordoba – guitar/bass, Daniel Morris – drums) have been blurring the lines between grindcore and technical death metal ever since.

The band has released two full lengths through Willowtip Records, 2008’s In Narcosis and 2011’s Forward Into Regression, to very positive reviews. Their forthcoming full length and Relapse Records debut promises to follow their upward trajectory of extreme music innovation.

MARUTA will begin recording their next full length with Scott Hull of PIG DESTROYER / AGORAPHOBIC NOSEBLEED at Visceral Sound Studios in Bethesda, MD early next year. This collaboration marks the first time that Scott Hull has agreed to record a band that is not his own, and certainly lays the groundwork for an ear shattering Relapse debut.

Vocalist Mitchell Luna commented on the signing: “Relapse is a label with a very diverse roster, and one that has put out several records in the past that we consider highly influential. A partnership with them just felt like the next logical choice, and we feel like we fit right in.” 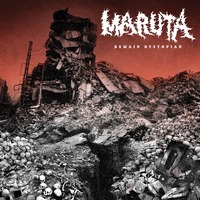