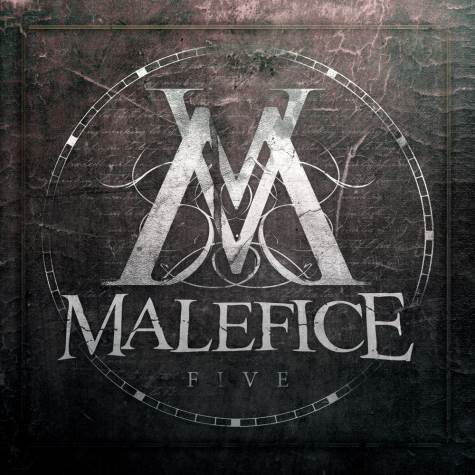 United Kingdom modern metal troupe MALEFICE have posted the video for “V,” a song from the album of the same name, which is slated for an April 28 release via Transcend Music. The video was directed by directed by Robin Fuller (THE DEFILED, FEED THE RHINO, HAWK EYES) and shows the fearsome five-piece doing what they do best — laying waste to an excited crowd while putting on an energetic performance.

Since bursting onto the U.K. metal music scene in 2007, MALEFICE has established its very own unique sound often described as brutal, belligerent, bold and undeniably British.

Commented singer Dale Butler: “After being written off, we’re back to where we thrive the most. Being the underdog.

“We’ve always delivered something new and exciting in adversity and this time is no exception. The changes we have made have given us time to regroup and reinvent the sound of this band.

“Expect more bounce than ever, more hate than ever and more soul than ever. This is a record of feelings, how we are, where we want to be and where we will get to. This is the album we always wanted to write, where the evolution has taken us and has renewed our ‘take-no-prisoners’ attitude, something we always have at our live shows. You can hear the clarion call to arms in this recording.

“All music is a personal statement. This is our statement that no matter what, nothing can hold us back, nothing will keep us down and together we can, will and have survived all the bullshit thrown at us. This record represents everything we are as a collective and as individuals. It’ll be the soundtrack to your parties in 2013.”

The band was previously signed to Metal Blade, who released their “Awaken the Tides” album in 2011.