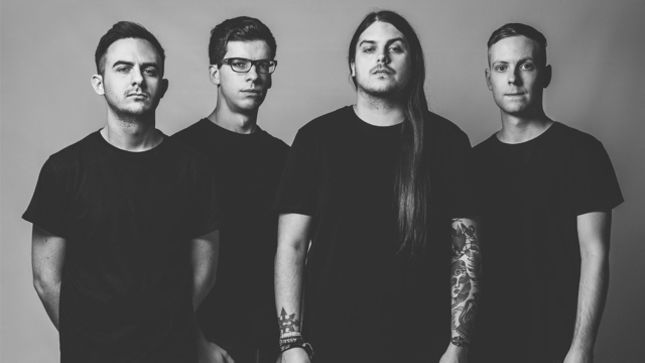 With just two more weeks until the European release of hopeisnowhere by England’s heavy upcomer LAY SIEGE it’s time for another new track, ‘Souldrinker”, from their Lifeforce Records debut. Listen below.

Hailing from the heart of England – the Midlands – LAY SIEGE create their own distinctive heavy sound. The Northampton quartet mixes core-elements with post- and sludge metal to achieve riff-orientated songs with heart and depth. Formed in January 2010, LAY SIEGE debuted with mini-album Obolus in 2012. The six track EP was noted for standing out because of its fresh sound and approach. This is something the quartet continues to address on its first full length album and debut for Lifeforce Records – hopeisnowhere.

The record sees LAY SIEGE introducing new vocalist Carl Brown and strengthen the direction of playing massive, voluminous songs in between metal and modern post-core. With hopeisnowhere the British four-piece is heading in the direction of a consolidated, overlapping heavy-sound that surprises with ruthlessness and sudden grace at the same time. One of the song titles can be used as perfect summary for LAY SIEGE’s first album: “Souldrinker”. There is no turning back, if you once started to listen to hopeisnowhere.