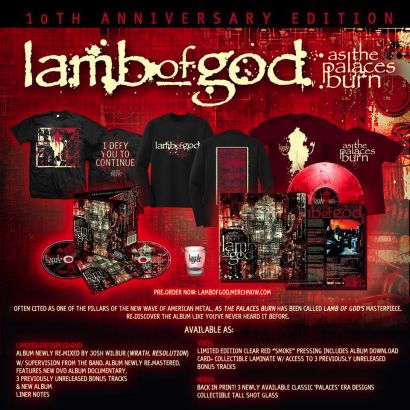 Virginia metal titans LAMB OF GOD are now streaming the remastered version of “Purified,” a song from the forthcoming 10th anniversary edition of the band’s As the Palaces Burn album. The song can be streamed via the YouTube clip below.