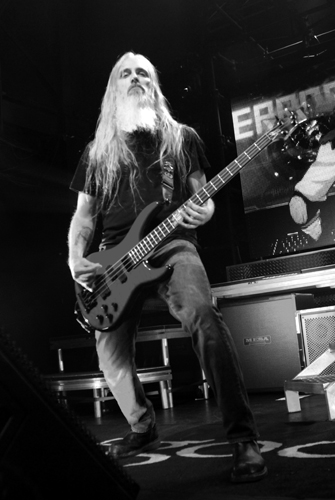 DeVries comments: “Stoked and honored to be out on such an incredible tour with some great friends.”

DeVries made his live debut with LAMB OF GOD Tuesday night (November 12) in Vancouver, British Columbia, Canada and will be heading out on tour with FEAR FACTORY afterwards as the supporting band for MEGADETH.

LAMB OF GOD cancelled Monday night’s (November 11) concert in Kent, Washington due to Campbell’s family emergency. The band’s North American co-headlining tour with KILLSWITCH ENGAGE kicked off on October 22 in Toronto, Ontario, Canada and is scheduled to conclude on November 26 in Silver Spring, Maryland.

As previously reported, LAMB OF GOD has recently released a special 10th-anniversary edition of its As The Palaces Burn album.