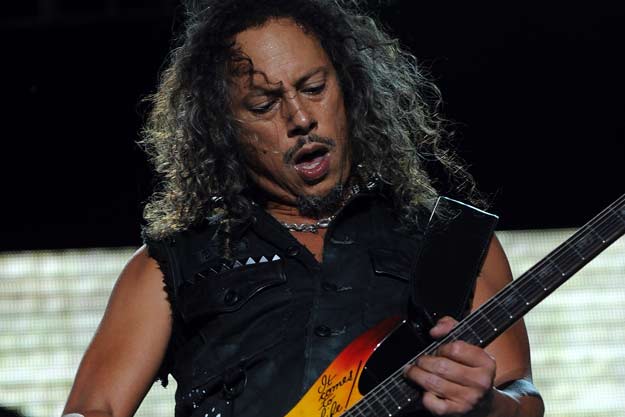 As reported by Rolling Stone magazine, METALLICA lead guitarist Kirk Hammett will provide a guest solo to the song “Salt in the Wound” for EXODUS’s new Blood In, Blood Out album.

Hammett and METALLICA bassist Robert Trujillo will join EXODUS tonight (Friday, July 25) at Kirk’s “Fear FestEvil After Party” at the San Diego Comic-Con International for a special set featuring “10 or 12 cover songs”, including “The Real Me” by THE WHO, KOOL AND THE GANG’s “Jungle Boogie” and OZZY OSBOURNE’s “Diary Of A Madman”.