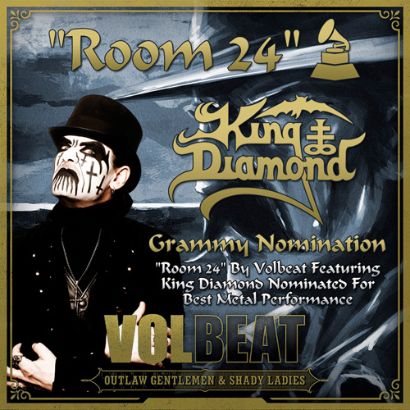 VOLBEAT and guest KING DIAMOND are among the nominees for Best Metal Performance for the track “Room 24” in the 56th Annual Grammy Awards.

Diamond had this to say: “Thank you to everyone involved with voting. This is a great way to come back from the dead…literally.”