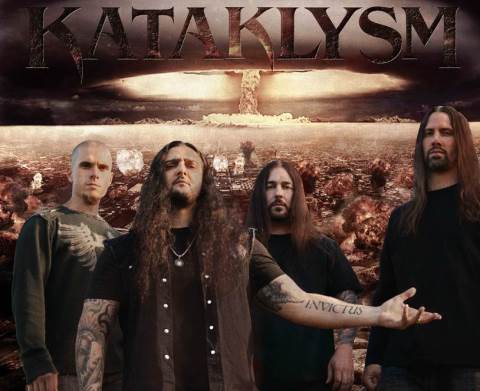 Canadian hyperblast specialists KATAKLYSM are currently filming a video for the song “Elevate” in Serbia. “Elevate” comes from the band’s forthcoming Waiting for the End to Come album, which will be released in October via Nuclear Blast.

According to KATAKLYSM, the plan is to bring the viewers into a visual masterpiece of chaos, a chaos based around the ideals of death, the purpose of life, the human factor, and the semi-coma state that most people in this world exist in.

A photo from the “Elevate” video shoot can be seen below.