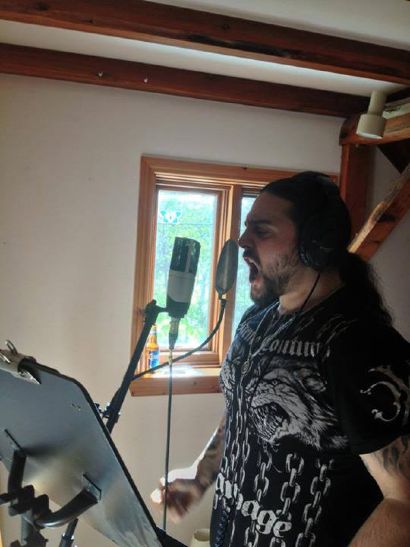 Veteran Canadian death metal outfit KATAKLYSM have checked in the following update about their forthcoming concept album, Waiting For The End To Come, which is slated for release this October:

“We will release two different, incredible artworks for the new album, Waiting For The End To Come, by two acclaimed artists, one by Eliran Kantor (TESTAMENT, HATEBREED), and the other by Peter Sallai (SABATON), with different formats CD, Deluxe Digipak, LP and including a return to a limited edition cassette format (just like back in the day)!

We are anxious to release these new artworks to you guys, maybe next month? The new album is in mixing mode with producer Zeuss (SUFFOCATION, HATEBREED, SOULFLY). Looking like a promising year for the mighty Kataklysm and a return to pure power. A world tour is in the works.”

KATAKLYSM recently issued the following update: “A world club tour is in the works in support for the new mega album Waiting For The End To Come; the band will start its campaign with Canada, Australia, Japan and Europe from November to February 2014 as part one of the massive campaign. Mixing mode of the new album is about to begin (with Zeuss), rehearsals are underway, Bloodstock in the UK is next in August and the world is about to tremble. New death metal hymns, from the worlds most lethal road warriors are coming.”