Finnish metal quintet KALMAH will release their new studio album, “Seventh Swamphony”, on June 17 through Spinefarm Records. The follow-up album to 2010’s “12 Gauge” was recorded at Tico-Tico Studios in Kemi, Finland, and was mixed and mastered in Örebro, Sweden by Jens Bogren (OPETH, SOILWORK, PARADISE LOST). The new CD will feature cover artwork by Juha Vuorma, who also worked on the first three KALMAH albums.

The CD’s first single and title track, “Seventh Swamphony”, is scheduled for release digitally on May 6 but you can view the official video for the track (directed by Jukka Vidgren) and CD artwork below.

KALMAH lead guitarist Antti Kokko commented: “This album marks a milestone in our careers. We have a new keyboard player, which has given a fresh edge to the music, and we are, of course, very satisfied with the new material. That is why we wanted to give the songs the best possible chance without compromise; we feel very lucky and privileged to have worked with Jens Bogren.” 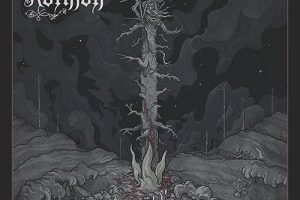 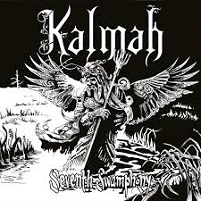