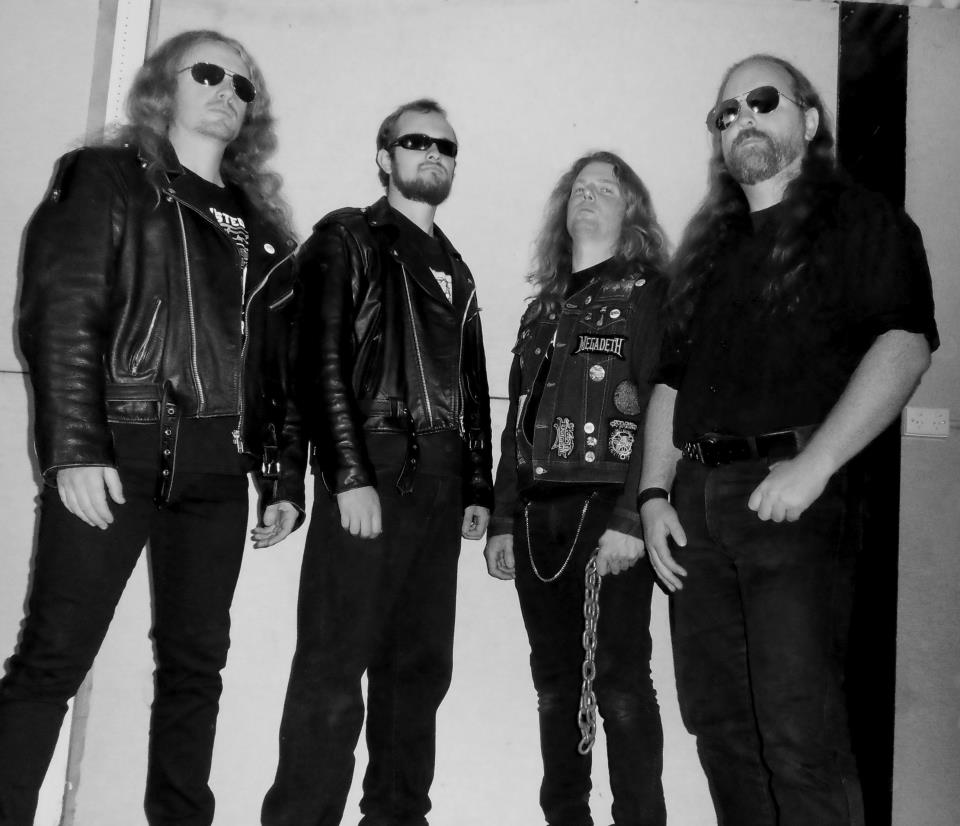 I have to admit, I am set in my ways. Consider the sheer multitude of albums and bands that slather the internet with promises of something truly worth spending you hard earned time and money on, only to be sorely disappointed. I sometimes wonder if, even with the convenience of MP3’s and WAV files, sometimes NOT clicking a ‘Listen Now’ link, due to the fact my time could still be wasted, let alone my patience. I have considered holding myself to a Year 2000 cut-off date…why bother with the rest? Heck, most of the new bands are simply rehashing the past anyway, but without the skill or songwriting genius.

So, that rant aside, I DO enjoy some new albums. I prefer to track those down that impress me so greatly, I will buy the LP (yes, a vinyl record), read the lyrics, thanks list, put the poster up in our rehearsal room and play it to my comrades when I get the chance Instead of sending all you readers back into my time warp of 1977 favourites, I will instead aim to select five newer albums that have done several dizzying rotations on my fancy record player (if all you own is a computer and iPod, go away…really, get lost).

1. Though excited (as Johnny Touch are effectively part of this revival) by the new wave of traditional heavy metal, I am in large part saddened by the lame-to-average bands making grandiose promises regarding their latest offering. My first choice, being a band that shirks my shackles of judgement, are Skull Fist, a band from Canada. I heard their first demo/EP, it was okay, but just okay. Showed promise and some Riot influence, that was it. But I did keep a beady/desperate eye on them. Only to be rewarded with the debut album Head of the Pack, which featured some re-recorded songs from the demo, but with more gusto. Needless to say, I bought it on vinyl. Then these nutters come up with Chasing the Dream, an album I actually bought on vinyl on the back of one sound sample I heard. This album has the up tempo energy of Riot and Racer X combined, with every instrument ripping, great reverb-laden production and played with conviction. You only need to see live footage to know this band are, well, awesome.

2. Noctum, a band I plain out avoided, because they were Swedish. Not that I despise, or are allergic to Swedes, it’s just the total overload of bands sweating out of that country, with marketing in full force, I don’t even bother Fortunately I did bother after some film clips I saw of these chaps tantalizing me with feelings of “I have heard something like this before, but it still holds weight.” After the (inevitable) purchase of the Final Sacrifice’LP, I was greeted by an album that initially convinces you it’s sum total is comprised of Mercyful Fate worship, then slaps you with a musical studded paddle, exploring some 70’s proto-metal and twisting new musical shapes, especially over Side B. They’ve been marketed like every other recent Metal Blade signee, but the quality is unmistakable.

3. The meat in the review sandwich here is the debut album of Dutch rockers Vanderbuyst. The self-titled album, with an awesomely leggy front cover, is actually short, featuring two live tracks which are worth the listen, but it’s the other five tracks that are so very strong. What you’ll notice first about Vanderbuyst is that recorded, they still sound like a band. You’d think somebody hooked up a reel-to-reel tape machine and recorded a rehearsal or live show. Fronted by a bass player/vocalist who croons in a middle off the road kind of voice I heard in many proto-metal bands, it’s actually refreshing. With Thin Lizzy/Kiss and other slightly heavier ‘isms’ in the music, what strikes home for me is the ridiculous balls out guitaring of Will Verbuyst. It’s, for lack of a better word ‘HOT.’

4. Realmbuilder – Blue Flame Cavalry. I don’t know where to start or begin with this band. They do sport best/worst album covers this side of a Dungeons & Dragons 70’s campaign adventure book, and I didn’t really enjoy their first couple of releases, yet like Skull Fist, kinda stayed on my radar. Blue Flame Cavalry changed all that. One of four songs on this new album that fuses loose medieval metal (Brocas Helm maybe?) and traditional doom. The production is so dry, which is unnerving at first but ensures they remain unmistakeable when heard. Catchy, sing a long choruses and verses are paralleled by the commanding guitar solos played by an obvious pro! The only downfall if this band is their avoidance of the stage, as far as I know. Merely a two-piece that can carry that kind of power, just begs to be recreated in an actual arena!

5. Cauldron Born – Born of the Cauldron. This final album spent much time on the turntable, and deserves a mention especially because it was released originally in 1997, a dark time when traditional forms of metal had all but gone the way of dinosaurs; allegedly extinct. In a time when folk inspired black metal bands were the flavour, this technical, wailing, shredding fest went largely ignored. The years proceeding? Over many, many years have they finally amassed a following worthy of their magnitude. I can’t even explain this one, Youtube it or something. I am fast running out of blood with which to pen these reviews…

Johnny Touch’s Inner City Wolves will be released on August 19 through Shadow Kingdom Records. For more information on the band, click here.