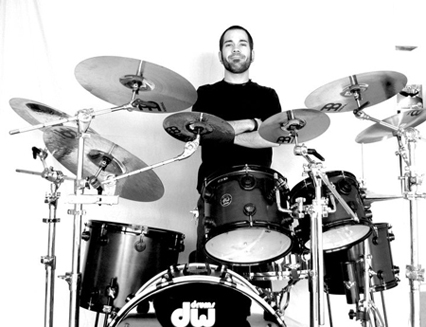 JOB FOR A COWBOY are currently writing their fourth full length album, and the follow up to 2012’s Demonocracy. Last week, it was revealed that the band would be moving forward without long time drummer Jon “Charn” Rice.

Rice personally explained the circumstances surrounding his departure: “As of this past August, I have decided to part ways with JOB FOR A COWBOY. There are a few reasons for this, none of which I’m going to get into. That being said, I have no intentions of stopping touring or playing. I honestly love to tour and play live with new people, so I look forward to playing in new musical arenas in the future. The dudes and I are on very good terms with this and they understand the decision. They have a new record in the making and I’m extremely excited to hear it. Thanks again to everyone.”

With a new album in the process of being written and scheduled to be recorded with Jason Suecof this winter, JOB FOR A COWBOY have enlisted the immensely capable drumming talents of Danny Walker to fill in as the studio drummer. Walker is known for his work in INTRONAUT, as well as having performed with EXHUMED, JESU, PHOBIA, MURDER CONSTRUCT, and more.

Danny Walker comments on being a part of the new JOB FOR A COWBOY album: “I’m thrilled to be working with these guys on this record! I look forward to challenging myself and contributing to a fresh and different outlet!”

JOB FOR A COWBOY bassist Nick Schendzielos has offered the following update: “Well my friends the time has come and The Charn has officially decided to step off the JFAC train. Absolutely no hahd feelins or nothin! We love the dude, cherish the memories we made with him, and in all likelihood will be seeing him again very soon…which brings up the next awesome piece of news…

“Our phenomenally talented friend Danny Walker is going to grace our next full length with his decidedly delicious drum tracks! We are seriously excited to hear what it’s going to turn out like- let the anticipation build!”

JOB FOR A COWBOY, whose lineup is rounded out by vocalist Jonny Davy, guitarists Al Glassman and Tony Sannicandro, along with bassist Nick Schendzielos, will be recording their new album within the next few months at Audio Hammer studios with prominent producer Jason Suecof. This will be the band’s fourth consecutive project with Suecof, in addition to Ruination (2009), Gloom (2011), and Demonocracy (2012). More details will be released as they are made available.