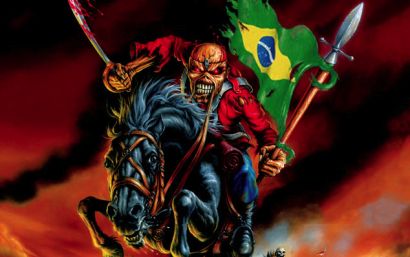 Professionally-filmed footage of IRON MAIDEN’s September 22nd performance at Rock in Rio is available for viewing below. The Maiden England World Tour originally kicked off last year with a North American summer trek but resumed in May of this year for a run through Europe that will be followed by tour legs in North and South America this fall. A brief fall swing through North and South American markets will mark the end of the veteran heavy metal band’s world tour on October 2. The tour launched during the summer of 2012 with a three-month trek at arenas and outdoor amphitheaters in the U.S. and Canada.

The band’s setlist is as follows: