Iconic New York death metal tyrants INTERNAL BLEEDING have released the video for “Castigo Corpus Meum,” a song from their new full-length, Imperium. The album is due September 30th via Unique Leader Records. Produced by the band alongside Joe Cincotta at Full Force Studio (Suffocation, Dehumanized, Mortal Decay) in Ronkonkoma, New York and engineered by Cincotta and Derek Boyer, Imperium boasts the menacing artwork of Mircea Gabriel Eftemie (Carcass, Cryptopsy, The Haunted, Nevermore et al) and serves as the band’s most sonically debilitating and plainly brutal manifestation of their winding career.

Although Imperium is a new album, it is, in many ways, deeply rooted in the band’s past – a culmination of strong emotions that have been bubbling their way to the surface since 1992’s now-legendary Invocation Of Evil demo reared its maniacal head upon the underground circuit.

Elaborates the band in a thorough analysis of the record, “Ever since Invocation Of Evil was released, many in the music press and industry simply dismissed INTERNAL BLEEDING as another generic death metal band. We knew different, our fans knew different and the underground press certainly knew different. They understood that we offered something fresh and unique: death metal that focused on pit-friendly grooves, catchiness and hooks that you could actually remember. At the time, we called this approach to death metal ‘Total Fucking Slam.’ And though we garnered a great deal of underground acceptance, we had to fight a perpetual uphill battle against critics, naysayers and elitists who did nothing but talk a lot shit and run their mouths behind our backs or in print. We ignored them and kept plowing forward, but we never forget….

To add insult to injury, our first two albums suffered from horrendous productions which no doubt made it more challenging to get people to truly understand our music. And by the time our third and fourth albums were released, we had no label or tour support and limited resources to keep things going. By the early-to-mid 2000s, we were a broken and dispirited unit and eventually fell into inactivity and disarray.

Eventually our term – slam – had been picked up by hundreds of underground bands and a whole new genre of death metal was spawned. The seeds we had planted had finally come to bloom yet we were unable to enjoy even a modicum of recognition for it. It had been an extremely frustrating twenty years. We gave it our best, but in the end, we fell short of our goals.

These experiences, plus other personal setbacks and tragedies, are the impetus behind the album title Imperium. It means a dominion of absolute power. It’s a statement to those who’ve caused anyone to feel slighted, disrespected, tormented and generally abused. It’s a clarion call to the victims of these tormentors – the abused child, the bands that struggle and come up short, the outcast, the geek and the populations that have been crushed under the boot of totalitarianism – to rise up, join us and take a rightful place at the throne of power. With Imperium, the time has finally come to turn the tables on the tormentors and make them suffer.

The artwork is also deeply meaningful. We wanted to create an atmosphere that was dark and threatening and were really impressed by the work of Mircea Gabriel Eftemie. He nailed it almost immediately. At the center of the cover is a half-human/half-alien creature holding a withered skull. This creature represents the new master that has risen to power. It is half alien because as our fans know, we have carried on a tradition of using alien themes on our albums since day one. It also represents those who are outcast and treated as an alien to their own race. This alien is holding the skull of his past tormentor, which represents the change in power and the rise of the new Imperium. There are a lot of interesting things that go on in the background, which we’d rather leave open to interpretation. And then there’s the music…”

1. Fabricating Bliss
2. The Visitant
3. The Pageantry Of Savagery
4. Patterns Of Force
5. Placate The Ancients
6. (In The) Absence Of Soul
7. Castigo Corpus Meum 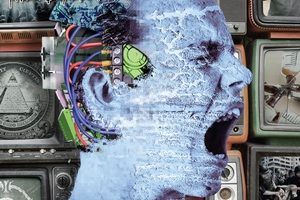 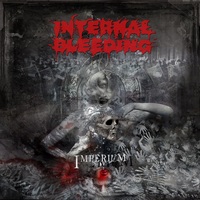 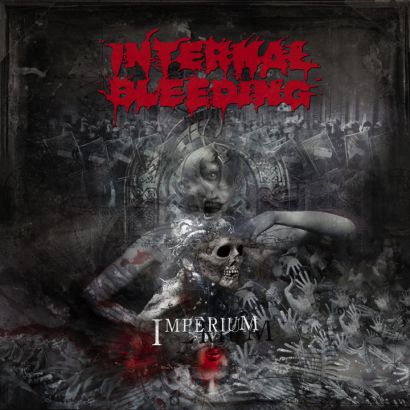