IN FLAMES Tack On More Dates With ALL THAT REMAINS 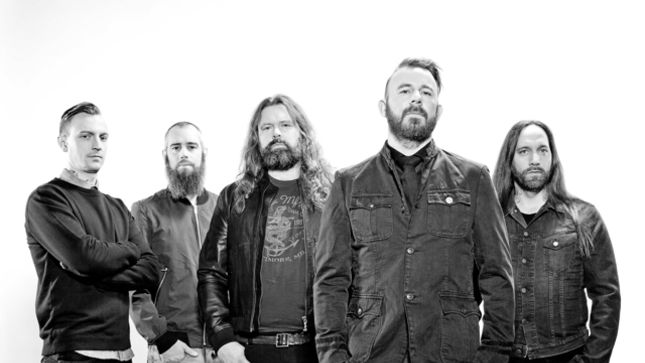 N FLAMES weren’t kidding when they said they were making North America their priority market for 2015. The band has just announced a fresh batch of headline dates for spring 2015, starting in late April and running through May.

For much of this second leg of 2015 dates, the band will perform with All That Remains and Periphery. The trek is coinciding with In Flames’ festival appearances at Welcome to Rockville (April 26th), Carolina Rebellion (May 3rd), Rise Above Fest (May 9th), Rock on the Range (May 16th), Rocklahoma (May 23rd) and River City Rockfest (May 24th).

The band will also serve as direct support for Five Finger Death Punch, who are a frequent European festival-mate, for a special show in Louisiana (April 30th), making for a night of hard rock that Southern fans will not want to miss.

IN FLAMES are set to embark on a winter 2015 headline run, with All That Remains as direct support and Wovenwar in tow later this month, as well.

“It feels absolutely fantastic to be going back on the road, and to the US,” said singer Anders Friden. “We’ve been working on radio with our new single “Paralyzed” and it’s going to be great to perform that song, along with the rest of our set.”

Tickets for the new Spring 2015 headline dates will go on sale on Friday, February 6th at 10 AM, local time.