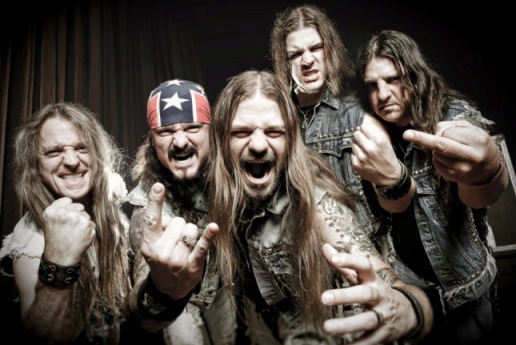 For this live release, the band recorded an outstanding 2.5 hour show in a 6,000 year old amphitheatre on the island of Cyprus.

In anticipation and celebration of today’s release, Century Media Records uploaded  live video for the song “Anthem,” which offers fans who have yet to snag the DVD another sneak peek. Check out “Anthem” below or watch the previous live video for “Stormrider” here.