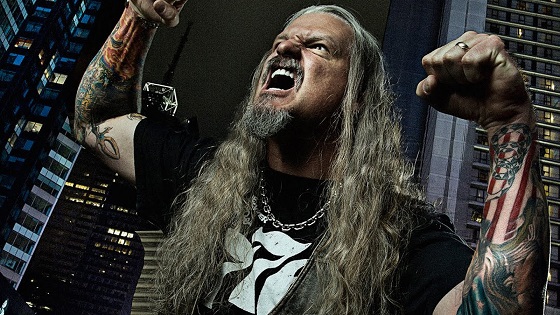 ICED EARTH mainman Jon Shaffer has posted the following message on the band’s message board in regard to recent surgical procedures he went under to fix nagging back issues:

“The surgeon informed us that everything went smooth during the operation and that I should be back in action within a few months.

“Thank you all very much for your support, you truly are the best fans any band could ask for.”

Schaffer previously stated about his need to go back under the knife: “I underwent surgery on my neck in the year 2000, due to an onstage injury that occurred in 1996. Since that time, I have battled with this problem, and it has begun to accelerate in the past several months, causing additional issues that can no longer be ignored.

“Surgery was originally planned to take place in September during our break, but I have now been advised to have the procedure completed sooner rather than later. As much as it pains me and everyone else in our camp to have to cancel these dates, this is something that cannot be put aside any longer.”

The band’s Plagues of Babylon album was released earlier this year via Century Media Records.