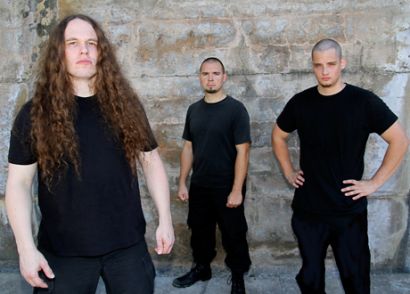 Housecore Horror Film Festival, the three day fest scheduled to take place on October 24-27 featuring bands DOWN, EYEHATEGOD, GOATWHORE, GWAR, PIG DESTROYER, GOBLIN, CROWBAR, Philip Anselmo’s solo act and THE ILLEGALS to name a few, have announced that SUFFOCATION have cancelled their appearance at the fest. In addition, organizers have announced that HATE ETERNAL as SUFFOCATION’s replacement.

Organizers have issued the following update: “Bad news, good news. First, the bad news. Unfortunately, SUFFOCATION will not be able to perform at the inaugural Housecore Horror Film Festival due to personal scheduling conflicts. The band is bummed and we are bummed, but we all understand that there are real-world priorities and we hope that we can bring SUFFOCATION to HHFF in 2014.

Now, the good news. We are beyond happy to announce that Philip Anselmo’s good friend Erik Rutan will be bringing in the brilliant death metal masters HATE ETERNAL to HHFF!!! Philip and Erik go back to their days when Philip brought out Erik and MORBID ANGEL out on a US tour with PANTERA, SLAYER, and MOTÖRHEAD.

Rutan reflects on the two tours with PANTERA: “We toured together for 16 weeks. Those 16 weeks were life changing for me in so many ways. Being a guy who has just been content touring and recording records all these years, to have the opportunity to play arenas with one of the biggest and best metal bands out there was overwhelming, for I never thought that opportunity would ever happen yet it did. It changed my life forever.”