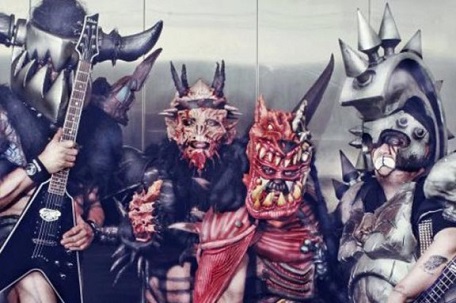 After a week and over 35,000 signatures, Antarctic overlords GWAR finally have officially reacted to the petition started by Jeff Cantrell of Morehead, Kentucky on Change.org to have GWAR play the Super Bowl Halftime Show. The petition can be signed at this location.

“It has long been the joy of GWAR to submit the human race to any number of hideous tortures, and I can’t think of anything more horrible than you having to watch acts like THE BLACK-EYED PEAS and BRUNO MARS perform. So the temptation to ignore this is great! But then you start thinking about all of the people that who have never experienced GWAR before, and will be forced to do so if we do get the gig, well, at that point my colossal mega-ego kicks in and I am all over it.”

After a long and wet fart, Oderus continued…”I really don’t think we should be limited to playing the halftime show…I am offering GWAR as an actual team that could complete in the NFL. Think of the titanic struggle involved as the NFL submits their best players, hell, we could play against all the teams at once and still emerge victorious. For too long has the NFL ignored the obvious fact that the players should be naked, blind-folded and armed with battle axes, that land mines should litter the field and whalers should hurl harpoons randomly from the stands. GWAR is throwing our entire cosmic weight (and we are fairly hefty) behind this petition, and command all of our followers, their families, and indeed anybody who has ever existed to sign this fucking thing, and in fact for those who have already signed it to create multiple fake email addresses and sign it again!”

And now to top it all off, today GWAR is ready to bring everyone a little holiday cheer with a select number of shows this December. That’s right it’s Christmas Time with Santa Oderus. These three shows are set for December 27th in New York at Irving Plaza, December 28th in New Haven, CT at Toad’s Place and finally a show in Richmond, VA on December 29th at The National. Tickets for all three shows go on sale this Friday.