Geoff Tate To Be Known As “The Voice Of QUEENSRYCHE” 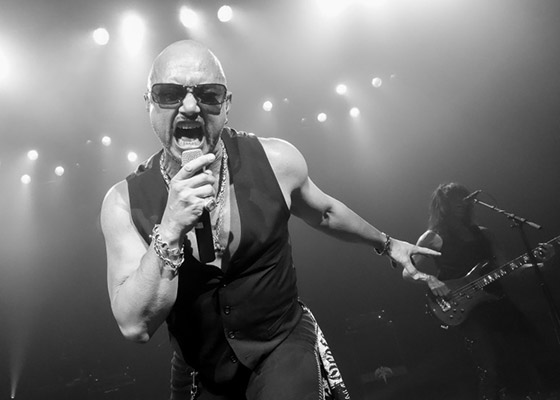 Blabbermouth is reporting Geoff Tate’s QUEENSRŸCHE webpage has changed. It no longer says “QUEENSRŸCHE” at the top and now features a banner with the words “Geoff Tate: The Voice Of QUEENSRŸCHE.” In addition, there is a link to “QUEENSRŸCHE Without Geoff Tate” which points to QueensrycheOfficial.com, the official webpage of the Todd La Torre-fronted version of the band.

QUEENSRŸCHE guitarist Michael Wilton recently confirmed that Tate — who was fired from the Seattle progressive rock band in 2012 after fronting it for three decades — and his former bandmates have reached a settlement in their legal battle over the rights to the group’s name.

Speaking to the Allentown Music Examiner, Wilton was asked when fans can expect a resolution of the legal case involving the two versions of QUEENSRŸCHE. “That’s coming up,” Wilton said. “What I can say is that both sides have reached an amicable settlement and it’s now just a matter of time. There will be an official press release, but for now, you’ll have to wait.”