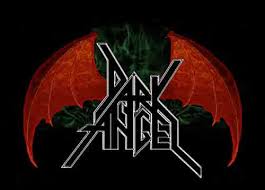 Drummer Gene Hoglan and vocalist Don Doty of Bay Area thrash legends DARK ANGEL have posted the following message in regards to rumors the band would be reuniting in 2014:

Gene states, “Howdy everybody. Now that I’m off the road for a few minutes, I’d like to address these DARK ANGEL rumors that are flying around. Yes, we have been talking about doing something next year, and although it looks like possibly some festivals could be in the works, right now it’s just speculation. Don Doty and myself have been in contact for the first time in many many years, and it’s been great to re-connect with my old friend. Fortunately, I’ve remained great buddies with all the DFA guys after all these years, and we do try to stay in contact with each other and see each other when we can, especially since we are all spread out over the Western US. We are indeed discussing the possibility of a reunion, and yes, the DFA guys are well aware of all of my other commitments, such as Testament, DETHKLOK and the like. So again, we are moving forward s-l-o-w-l-y, with hopes to getting Dark Angel’s wings off the ground for festival season in 2014.”

Dark Angel vocalist Don Doty adds, “Members of DARK ANGEL are currently sitting down for talks for a reunion. This will be for the year 2014. All are excited. I was talking on a radio show recently and had said that all members would be attending, this statement may have been misunderstood. Myself, Gene, Mike, Eric and Jim are talking and when talks are complete a statement will be given. We will know more in the months to come. We will let you know as it unravels.”

Last weekend, news broke the band had been confirmed to headline the 2014 installment of the Keep It True festival April 25-26, 2014 at Tauberfrankenhalle in Lauda-Königshofen, Germany. 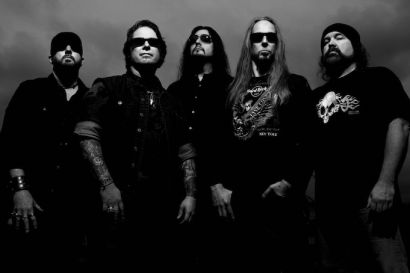