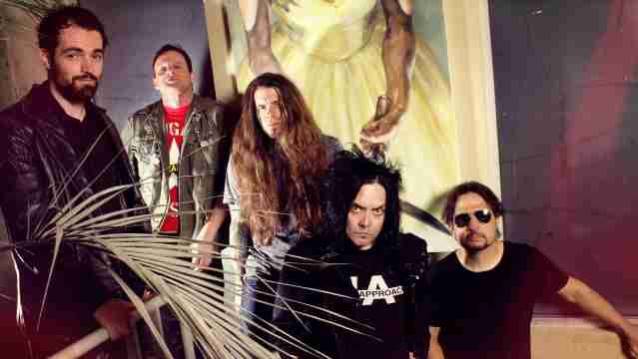 AMEN, led by firebrand frontman Casey Chaos, are working on a brand new album for release later this year and are set for a long awaited return to the UK this August.

In addition, the band are excited to announce the enlistment of drum legend, Dave Lombardo to their ranks. The refreshed lineup – completed by John Fahnestock on bass, Duke Decter and John King on guitars – are already neck deep in work on a new album, with longtime producer, Ross Robinson.

Lombardo enthuses; “I am very proud to have been asked to be part of this amazing production with Casey Chaos and Ross Robinson. My career in thrash was created from my love of the punk genre. There is an excitement in this particular style of music that’s vital for me. It’s aggressive, honest and needed. I’m looking forward to performing with AMEN before returning to Europe with Philm in September.”

Casey Chaos echoes the sentiment, stating; “It’s great to be working again with Dave, this time in Amen. He brought so much power, aggression and passion to the music on the new record, in a way only he could only deliver. Without question this is THE most important album I’ve ever made. I’m looking forward to unleashing it live and destroying ourselves for your pleasure!”