Flutist Who Performed On OPETH’s “Heritage” Passes Away 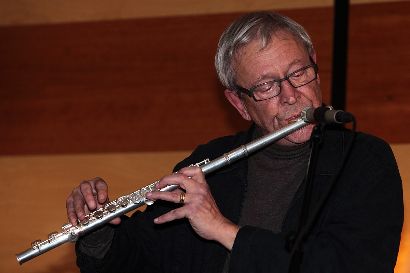 “Today, Saturday 21st of December I’m reached by the horrible news that Björn J:son Lindh has made the final journey. Even if I knew he was very ill I can’t understand it. Not only was he an idol of mine, he also contributed some immortal playing to the Heritage record. I spent a few hours with him, and thought he was the coolest dude ever. His music lives on. I still listen to his solo records with great joy. J:son was an institution to the Swedish music scene.

“Our collective condolences go out to his loved ones. I am currently taken aback by sadness of his passing and I’m drinking a glass of wine to his honor, listening to Ramadan. Björn, I didn’t really know you, but yet I did. Your music is in my DNA. You will live on. Lots of love from the OPETH camp.”

Lindh appeared on the track “Famine,” which can be found on the band’s 2011 album, Heritage.