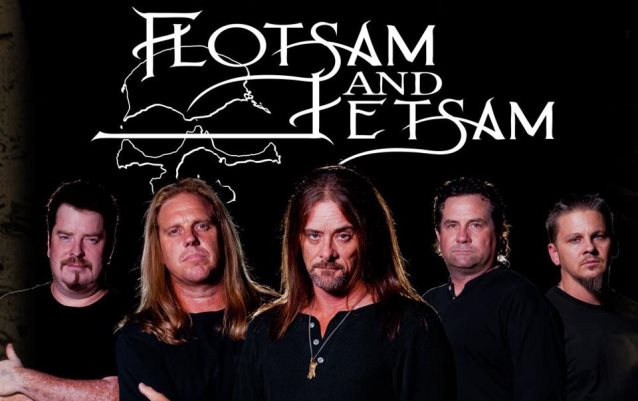 Comments FLOTSAM AND JETSAM: “We have re-recorded No Place For Disgrace because we have had a lot of requests to remix this record. The master tapes have been very difficult to obtain so we decided to re-record the album and use some of today’s technologies to recreate it. The aim was not really to change but to enhance it with the opportunity with the use of new tools. We have the time available as well, and it just seemed like a no-brainer. A lot of the die-hards are really nervous about it, but we think after the final result, they will embrace it. The sound quality is 100% better and more refined!”

A re-recorded version of the song “P.A.A.B.” can be streamed below.