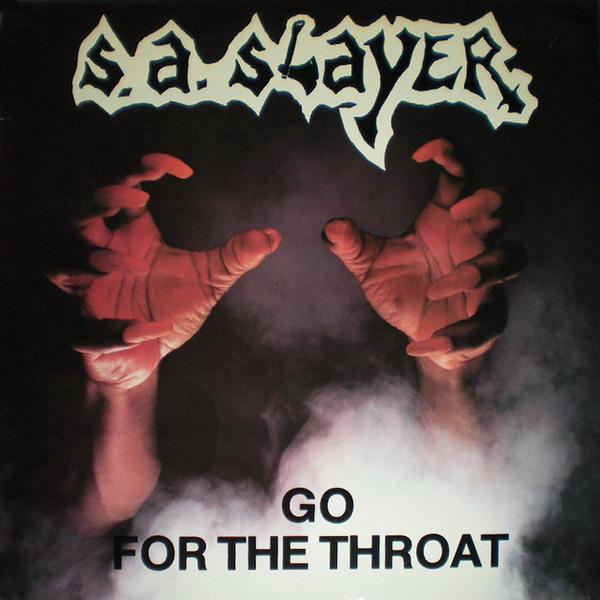 Skol Records will reissue the classic S.A. SLAYER (“San Antonio SLAYER”) album Go For The Throat along with the Prepare To Die EP, on the “2 on 1” CD compilation. Go For The Throat was recorded in 1984 and released on limited edition vinyl LP four years later, while the Prepare To Die EP was both recorded and released in 1983. The SKOL RECORDS release is the first ever official CD reissue of this material, and will include original artworks, and thick booklet with all lyrics and many rare photos of the band. The album will be released on February 28, 2014, and will be available in North America via SHADOW KINGDOM RECORDS. The initial pressing is limited to only 500 copies.

“It’s both honor and pleasure to make this reissue on Skol Records as not only it’s one of my personal favorites when it comes to US Metal, but it’s also an absolutely legendary band” says Skol Records ‘ ceo Bart Gabriel. “Our mission is to bring back from the grave as many cult and classic ’80s and ’90s Metal releases as possible, and S.A. SLAYER has always been at the top of the list” he adds.

S.A. SLAYER started as SLAYER, but since there was already another SLAYER around – promoting their debut album Show No Mercy – the San Antonio based act had to modify their name. Both acts played together on November 30, 1984, in San Antonio: bootleg LP from that show titled “Slayer X S.A. Slayer” sometimes show up on Ebay, and usually reach prices ranging from $500 to $600.

S.A. SLAYER was active between 1982 and 1984, and had in its ranks musicians such as Don Van Stavern (RIOT, EVIL UNITED), Ron Jarzombek (WATCHTOWER), or the amazing singer Steve Cooper (known from JUGGERNAUT and NARITA: Mark Reale’s project he had in the middle of the ’80s when RIOT was put on hold).