Swedish power metallers FALCONER are streaming their forthcoming new album, Black Moon Rising in full via the Soundcloud widget below. The album is due on June 6th in Europe, June 9th in the UK, and June 10th in North America, via Metal Blade Records. 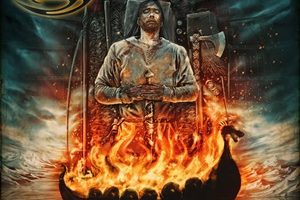