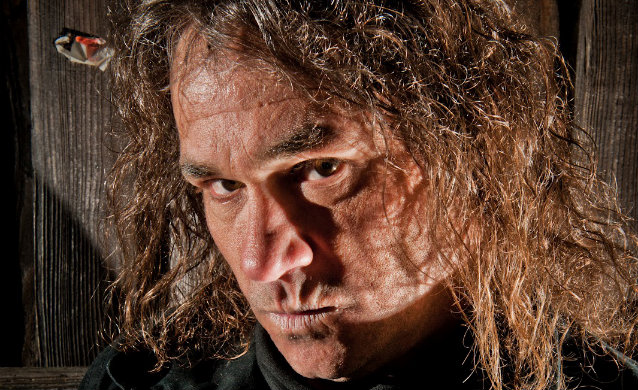 EXODUS guitarist/primary songwriter Gary Holt has posted the follow message as a follow-up to the recent news the band was replacing vocalist Rob Dukes with Steve “Zetro” Souza:
“This was the most difficult decision of our lives, one the entire band made. This was not a majority-rule situation; that would not have worked. We all had to agree, and we all did. [There was] no pressure; everyone had to be on the same page.

“This band has all the love for Rob you could ever have for someone, [and] this was not easy. The details we will never bother going into. I only ask for people to be respectful both ways, for Rob and for Zetro.

“The lines of communication with the band and Steve are the strongest they’ve ever been. All things have been discussed — the past, present and future going forward. “I have had the honor of watching Rob go from unknown guitar tech to awesome singer and frontman and could not be prouder, and his future is bright as fuck, that’s for sure. It doesn’t end here. The world will see plenty more from Rob, this much I will bank on. But as for the new [EXODUS] record, it is still in full swing.

“Steve will start [recording] vocals [for the new EXODUS CD] on Wednesday and the small sampling I have of him on the new songs is fucking amazing. His best shit ever is coming. Be prepared, it’s going to kill. But I am well aware that as the so-called face of the band, it is I who will be blamed, the guy who masterminded it all, yada yada yada, but this was a choice made by all. And the most fucked up thing is doing this, it wasn’t easy.

“None of us have ever been good at this shit, despite all the lineup changes over the years. Rob’s contributions are some of the best stuff this band has ever did, a big part of this band’s return, and we are grateful.”

EXODUS’ next live appearance is scheduled for July 11 at the Bang Your Head!!! festival in Balingen, Germany.