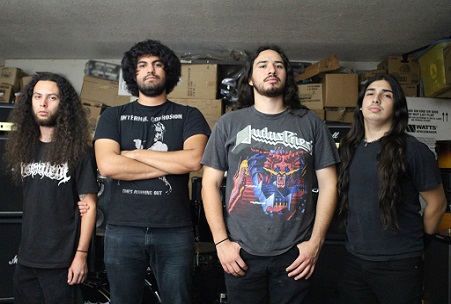 California death/thrash upstarts EXMORTUS have released the video for “Metal is King,” a song from their 2014 album, Slave to the Sword.

The song features a prominent message echoed by drummer Mario Moreno: “Let it be known that METAL IS KING!” Moreno reveals that the new video was shot in a small warehouse in the band’s hometown of Whittier, CA – “a straightforward video for a straightforward song,” he says.