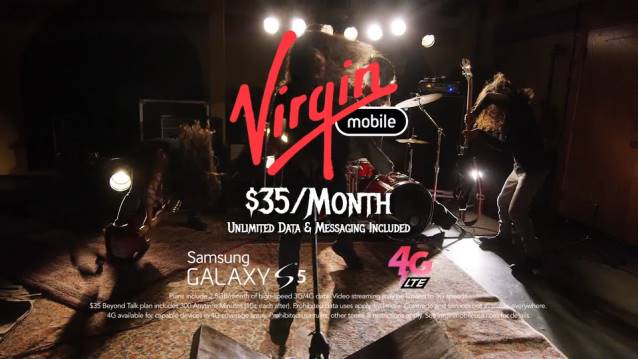 If you happened to tune in to Cartoon Network’s Adult Swim on Monday night (June 23), you may have witnessed Los Angeles-based metal quartet EXMORTUS rocking out in a new Virgin Mobile commercial directed by Paul B. Cummings (Conan, The Colbert Report)! The ad — which has since aired several times nationally — can be seen below.

Drummer Mario Moreno commented: “A few weeks ago, EXMORTUS got to shoot a commercial for Virgin Mobile! We had a great time shooting with Paul and it was an awesome experience, especially breaking all the gear at the end!”

Since the release of its critically acclaimed Prosthetic debut, Slave To The Sword, earlier this year, EXMORTUS has logged thousands of miles shredding across North America on a near-continuous tour schedule alongside such acts as DESTRUCTION, KRISIUN, DARK TRANQUILLITY, HATCHET, OMNIUM GATHERUM and LICH KING. The group will next be seen on a West Coast run supporting thrash legends FLOTSAM AND JETSAM throughout July.