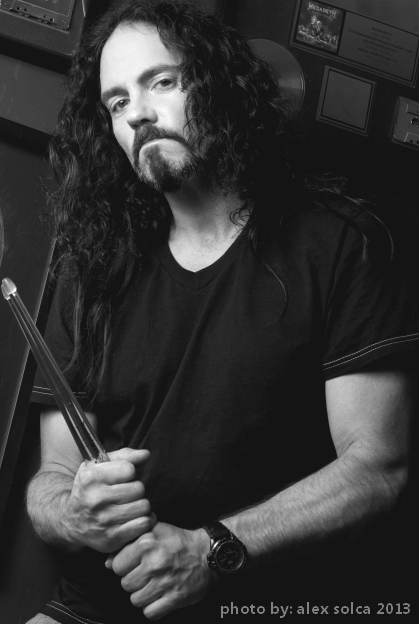 Former MEGADETH drummer Nick Menza (who was with the band from 1990’s Rust in Peace to 1997’s Cryptic Writings) posted the following message on his Facebook page:

“I had a blast at NAMM hanging with fans and old friends I also made a major mistake for trying to saying hello to Dave Mustaine at the Dean booth, [which] he totally blew me off and wouldn’t even look at me then had his hired goons / bodyguard tell me go away, pretty lame! I’m over it and life goes on!!!”

He added: “I don’t hate Dave nor was I trying to get back in the band. [I just wanted to say a] friendly hello, that’s all. Nothing more nothing less!

“I have so many other things going on right now that even if Dave asked me back in the band, I would have to turn down the offer.”