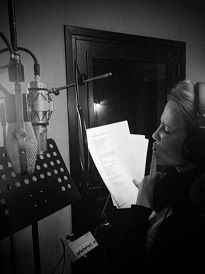 Dutch symphonic metallers EPICA have checked in with the following update wrapping up 2013, and looking forward to the new year:

“Today it is the last day for 2013. On this day Simone is recording vocals for the upcoming new EPICA album: TQE which will be released in spring 2014.

We look back on 2013 with great joy. We celebrated our 10th Anniversary with an unforgettable Retrospect show, toured Asia and Australia for the first time and we released our first proper DVD/ Blu-Ray.

As Simone had her first child, keyboardist Coen (Janssen) his second and to focus on the upcoming album, we didn’t tour the second part of 2013.

The band’s previous album, Design Your Universe, was released in 2012 via Nuclear Blast Records.