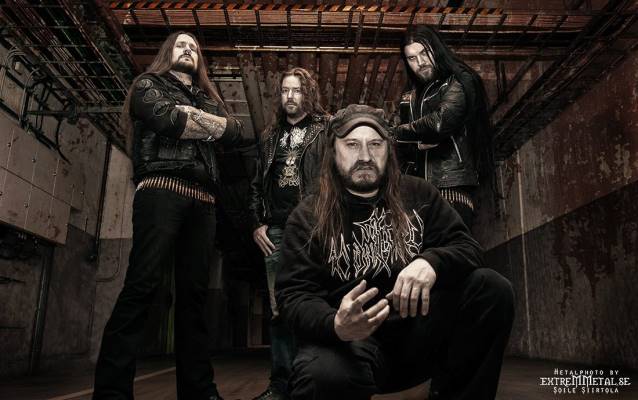 Demo versions of the FIREBORN songs “Shadow Realms” and “Lucifer Has Spoken can be streamed using the SoundCloud widgets below.

Original ENTOMBED drummer Nicke Andersson was also supposed to take part in the concert but was unable to make the gig due to touring commitments with his current project IMPERIAL STATE ELECTRIC.

Back To The Front, the album that was recorded last year by four members of the most recent lineup of ENTOMBED — Lars Göran Petrov (vocals), Olle Dahlstedt (drums), Nico Elgstrand (guitar) and Victor Brandt (bass) — will be released later this year via Century Media Records under the band name ENTOMBED A.D.