ENTOMBED A.D. Pushes “Back To The Front” Back To August 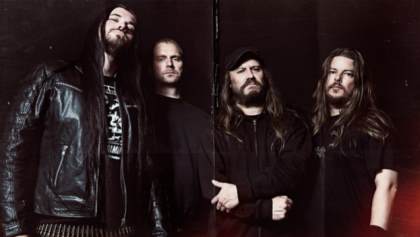 Rebranded Swedish death metal legends ENTOMBED A.D. have pushed the release of Back To The Front, the album that was recorded last year by four members of the most recent lineup of the legendary Swedish metal act ENTOMBED — Lars Göran Petrov (vocals), Olle Dahlstedt (drums), Nico Elgstrand (guitar) and Victor Brandt (bass) — to August 5 via Century Media Records.