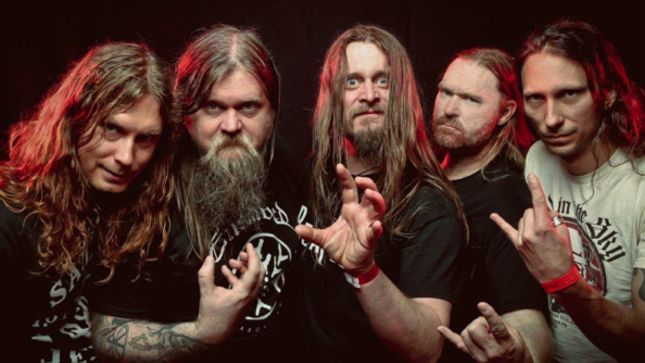 “This will be a killer album. I am already willing to stake a lot on that. As the last time with RIITIIR, the first line of defense / attack is made through me, Grutle (Kjellson, vocalist & bassist) and Cato (Bekkevold, drummer) recording our guitar, bass, and drums live in the big Duper room, complete with the ceiling covered in old wooden doors for max room effect. I have to admit I’m starting to feel the effect of working around the clock (there are also things to be done at the home studio, office, and around the house in-between the sessions), but it doesn’t matter how tired the body gets as long as the mind is on fire!”

About this upcoming new release, band members have previously stated: “The high level of energy in the songs reflects both an inspired and an ever-harder working band that keeps pushing their own and their associated genres’ limits.”

Album number thirteen is being produced by band members Ivar Bjørnson, Grutle Kjellson and Herbrand Larsen together with Iver Sandøy. Mixing will be done by Jens Bogren at Fascination Street Studios in Örebro, Sweden.