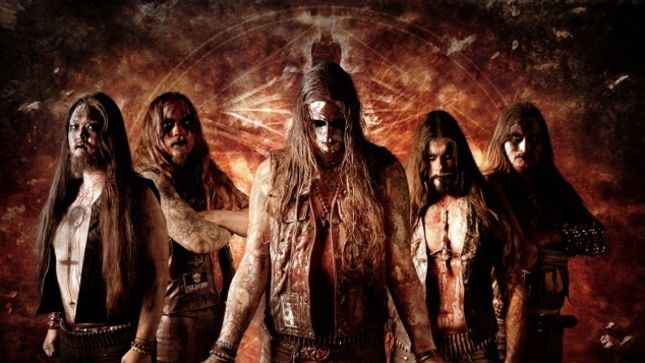 Norwegian black metallers ENDEZZMA have inked a deal with Pulverised Records for the release of their sophomore full-length album. The finishing touches are currently being applied to the album, and it is anticipated that it will be released in the spring. Commenting on the move to Pulverised, frontman and founder Morten Shax had this to say: “We’re excited to be working with the guys from Pulverised as they have shown that they understand the band and what we are trying to achieve with our music, and that they are willing to work with us to that end”.

Details about the album have not been made public yet, but it will be the follow up to 2012’s Erotik Nekrosis, an album that showcased ENDEZZMA’s trademark sound with it’s cold and aggressive undertones and eerie atmosphere. It also became somewhat of an epitaph for the late Trondr Nefas (Urgehal, Beastcraft, Vulture Lord) being, as it was, the last release he would ever record.

Aside from Shax on vocals, ENDEZZMA’s lineup also includes Mattis Malphas (Beastcraft, Hagl, Koldbrann) and Nihil on guitars, Carl Balam (Troll) on drums, and the most recent addition, Jimmy Lucifer on bass. “We have a superb lineup now,” explains Shax, “musicians who are experienced, skilled and hungry – perfect for Endezzma in other words. I don’t want to give anything away about the new album, and we will be announcing more details soon, but fans can expect a high level of aggression and musicianship.”

A music video for a track from the album is also in the works.