DREAM THEATER Release Official Lyric Video For “The Enemy Inside” 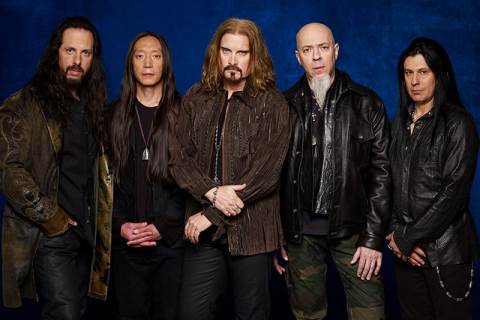 Progressive metal kings DREAM THEATER have released the official lyric video for a brand new song “The Enemy Inside”, which comes off their self-titled upcoming album and may be viewed below. Set for a September 24th release via Roadrunner Records, the album will be the second to feature new drummer Mike Mangini, who replaced Mike Portnoy in 2011. The nine-track disc was recorded at Cove City Studio in Glen Cove, Long Island, with Petrucci producing and Richard Chycki engineering and mixing.

Dream Theater will be available in a wide range of distinctive versions, including standard and special edition CDs, 180-gram double LP, and a limited-edition boxed set.

Live At Luna Park, DREAM THEATER’s live concert, which was previously scheduled for release in May via Eagle Rock Entertainment, will now drop in North America on November 5 as a Blu-ray, 2DVD, 2DVD + 3CD, Blu-ray + 3CD, deluxe edition with 40-page book, Blu-ray + 2DVD + 3CD, and digital video via iTunes.

Live At Luna Park was filmed over two nights in South America — home to one of DREAM THEATER’s most ardent fanbases. The DVD was filmed August 19 and August 20, 2012 at Estadio Luna Park in Buenos Aires, Argentina after a 15-month world tour, hitting 35 countries.