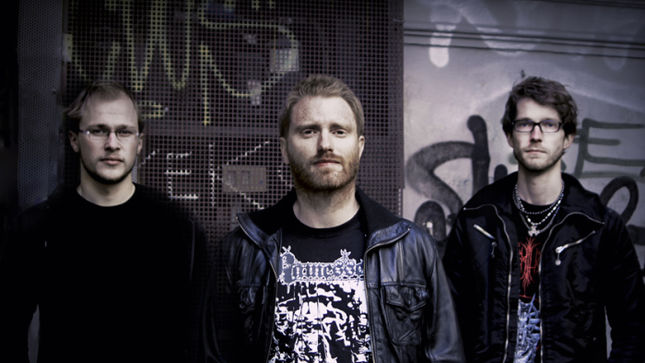 Diskord are streaming their newest mini-album, Oscillations, in its entirety over at Bandcamp. The album was released on digipak CD through Hellthrasher Productions in Europe and Australopitheucs Records in the United States. Two variants on vinyl are due out on September 2nd. Oscillations contains 26 minutes of brand new material and is the first record to feature guitarist Havard Ostli.