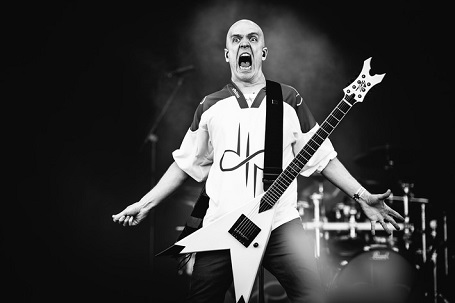 Devin had this to say about the track: “Hey guys, here’s the first song from Sky Blue, it’s called “Rejoice”. The album in general is about fighting through the ugly moments, and I think this song kind of summarizes it. Z² was a very challenging record, but after intense personal scrutiny, I feel very proud. It’s the most accurate representation of a challenging time. rejoice! 🙂 Thanks for the support guys.”

Townsend has announced the launch of ZTV, a brand new video series starring the inimitable Ziltoid, as well as a brand new interactive site dedicated to him. Following on from the announcement of the Z² double-album, which is due for release on the 27th October 2014 in Europe and 28th October 2014 in the US, the newest glimpse into the Ziltoid story can be viewed here.