DELAIN Releases Lyric Video For “Your Body Is A Battleground” 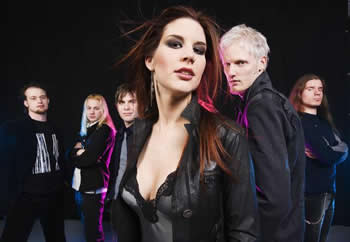 Dutch female-fronted symphonic metallers DELAIN have posted the lyric video for “Your Body is a Battleground,” a song from their forthcoming new album, The Human Contradiction, which is due on April 8 in North America. The album is the follow-up to 2012’s We Are the Others, which was released in North America via Sensory Records.

The album once again features a guest appearance by Marco Hietala of NIGHTWISH and TAROT; George Oosthoek (ex-ORPHANAGE); and THE AGONIST vocalist Alissa White-Gluz.