Suffice it to say, the income pool for bands has shrunk considerably. With album sales dwindling by the day, bands are coming up with new ways to bring in some dough, like Testament and their song share idea for “Native Blood.” To the naked eye, it’s another way to engage fans, but, it’s really indicative of what bands have to do to keep their operations afloat. No one is riding around in limos these days, obviously. So between Testament’s song-share idea, Queensryche’s push to have fans buy a stake in their corporation, and the various crowd-funding initiatives, bands are not being afraid to ask for your money. It’s like you’re buying their albums anyway, right? – David E. Gehlke

General housekeeping
Let the wrapping up of 2014 commence: The first of many “best-of” lists from the staff have been posted, starting with the site’s editor right here.

We clean up some albums via our November 2014 Rapid Fires column.

Features
Get the scoop on a French discovery, Grorr, who are conceptual, and, employ a variety of ethnic instruments.

Norwegian melodic metal crew Triosphere are gradually climbing the ladder. Matt Coe gets the good word from the band.

Kall, which translates to “cold” in Swedish literature, is of course, excellent winter music listening.

German supergroup Panzer get it going with Send Them All to Hell.

Overlooked grindsters Cretin kick out the ugly jams with Stranger.

The always-productive Dan Swano clears out his song chest with Witherscape’s The New Tomorrow EP.

Colorado newbies Wayfaerer keep it Cascandian on Children of the Iron Age.

The news in ten
1. Heavy rockers Torche post a new album teaser.
2. Blind Guardian post lyric video for a new song, “Twilight of the Gods.”
3. Pinkish Black ink deal with Relapse.
4. Saxon and Armored Saint team up for some American tour dates.
5. Enslaved release the final installment of their in-studio diary.
6. You can buy Iron Maiden’s “Trooper” beer in a can starting in January.
7. You can own a share of Testament’s “Native Blood” song.
8. Nightwish are looking sharp in their new band photo.
9. Today is the Day involved in serious van accident.
10. Napalm Death reveal new album artwork. 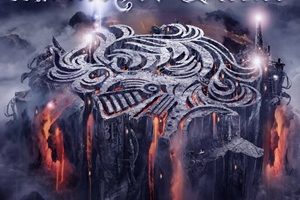