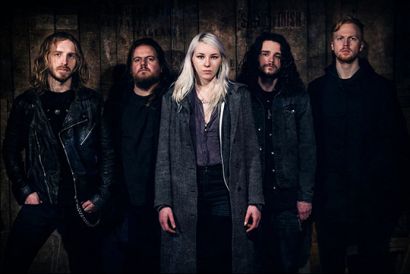 Northern Ireland’s DARKEST ERA have released a lyric video for ‘Sorrow’s Boundless Realm’, the first track from the band’s forthcoming new album, Severance, which is due for release on June 3rd (North America) and June 13th (Europe) via Cruz Del Sur.

The album was recorded at Data Recording Studios in Ballyheigue, Ireland and produced by Chris Fielding and DARKEST ERA. The artwork was created by Costin Chioreanu.