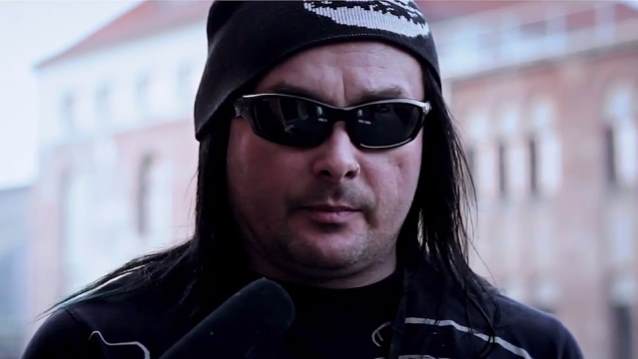 CRADLE OF FILTH frontman Dani Filth will pen the introduction to the graphic novel Dead Souls: Resurrection by New Orleans writer Kurt Amacker — who recently authored the band’s own comic, The Curse of Venus Aversa. The Dead Souls series was originally launched in 2008 via Seraphemera Books as a three-issue series. Filth has praised the comic in the music press for years, and took part in an interview for the first installment. The graphic novel will be published by Dark Notes Press in June of 2015.

The story: in the year 2000, the historical killers Vlad Dracula and Erzsebet Bathory have discovered each other in New Orleans. Neither understands why they are alive and immortal. Within days, the two set out to slaughter the city’s criminals. But, their plan quickly falls apart when they attract the attention of both the police and St. Germaine — a religious fanatic who hunts their kind with a sacred weapon thought lost to the ages.

In a video promoting the book, Filth opined, “Obviously, I really loved the first issue. Who wouldn’t? History’s favorite vampiric transgressors. It’s this very dark and urban side of New Orleans that you don’t often see in films and comics that had attracted me. And, the writing was just unbelievably good… When CRADLE OF FILTH decided to do our own graphic novel, [Kurt] was the first ‘dead soul’ — excuse the pun — that I decided to contact!”

Amacker began writing Dead Souls while injured in the United States Marine Corps. With the original three issues long out of print, “Resurrection” retains most of the original script, but features a cover by Dan Brerton (Nocturnals), entirely new interior art by webcomic artist Douglas Freeman (Hangwire), 70 new story pages, and Filth’s introduction. A special soundtrack CD by Shrapnihil will feature a cover of “House Of The Rising Sun” with Jyrki 69 of THE 69 EYES as guest vocalist.

In October of last year, Amacker raised nearly $43,000 for CRADLE OF FILTH for the band’s graphic novel. Now, Dead Souls: Resurrection arrives at Kickstarter with a series of incentives, including a soundtrack CD by New Orleans industrial rockers SHRAPNIHIL and featuring Jyrki 69, t-shirts, and handmade voodoo dolls of Vlad and Erzsebet from Quarter Kids. Amacker remarked, “I’m beyond grateful that this series captured everyone’s imaginations the way that it has. I’ve always wanted to return to [it]. But, the original series needs to be given the treatment it deserves before we can move on. ‘Dead Souls’ was my first comic, and if that’s what I’m remembered for then I can’t ask for much more. With this Kickstarter campaign, we can once again demonstrate the power of crowdfunding.” 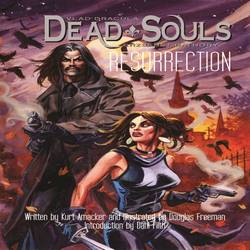