CROWBAR’S Kirk Windstein Comments On Split With DOWN 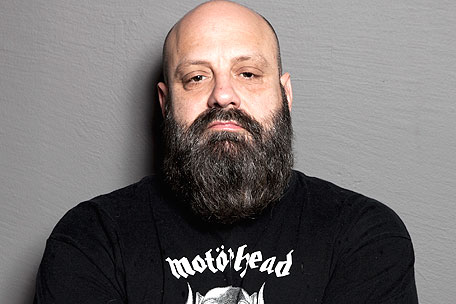 Guitarist Kirk Windstein, who recently exited DOWN in order to focus “100%” on his other band, CROWBAR, has posted the following message on the CROWBAR Facebook page:
“I am really sick of reading all of these ‘unofficial’ announcements [about my departure from DOWN]. This was a mutual decision… and an amicable one. Now, can me and the CROWBAR fellas get to writing our new record and let my brothers in DOWN get to writing their new EP so we can all deliver the music that makes y’all happy? That’s all that really matters!!!”

Windstein is being replaced in DOWN by the band’s longtime stage manager and HONKY founding guitarist Bobby Landgraf.

Said Landgraf in an online posting: “Feeling very lucky to have this gig with DOWN. It wouldn’t be the same without Kirk Windstein’s blessing. He is Riff Lord and the new CROWBAR will be amazing.”