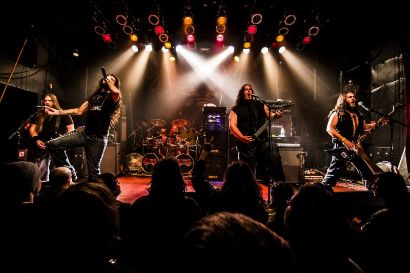 Epic Canadian death power metallers and 2013 International Battle for Wacken winners CRIMSON SHADOWS of Toronto have announced that they will enter the studio next month to record their follow up to 2013’s EP Sails Of Destiny with Jonathan Lefrançois and Jee Gagnon at Silverwing Studios in Montreal. The record will be mixed by Eyal Levi of Audiohammer Studios.

As the winners of the 2013 International Battle for Wacken Open Air Festival in Germany, CRIMSON SHADOWSis fresh off a triumphant year and started 2014 strong with a recent first run in the United States with thrash band BATTLECROSS. Known for a Canadian twist on epic power European metal, the band is also set to make an announcement that they are signing to an international record label who will release the new record this summer.

Our new songs show a progression of the band as we have been through a lot over the past few years. With a full length and an EP behind us we look forward to this new record and working with Jo and Jee at SilverWing Studios to make these songs truly come to life, and have Eyal provide the finishing touches,” says drummer, Cory Hofing. “I’m really looking forward to spending a couple weeks in beautiful Montreal to hammer out these new tracks and show everyone what we’ve been up to since coming back and winning the metal battle in Wacken.” 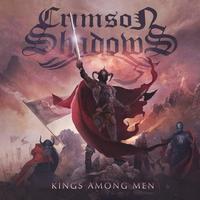